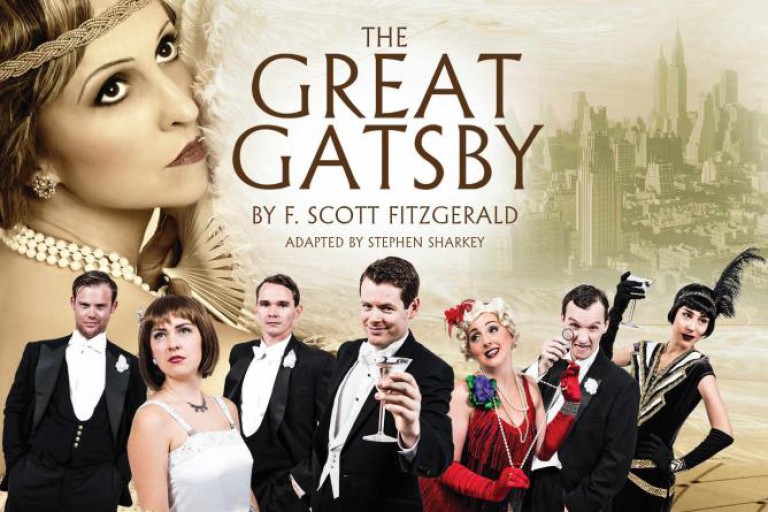 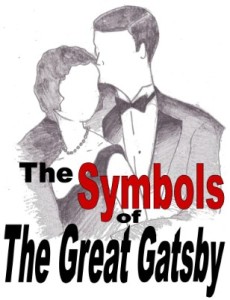 F. Scott Fitzgerald wrote his novel, The Great Gatsby to represent the rise and fall of the American Dream, an ideal worshipped during the 1920s. The author places the rich and wealthy lifestyle on a high pedestal while he shows the dramatic consequences of moral and social decay amongst the characters. As each turning point is revealed, the American Dream slowly crumbles in the selfish hands of those who remain ignorant to anything else in the world. The significance of the many symbolic elements in The Great Gatsby plays a role in revealing the underlying themes of the American Dream, the ongoing clash between love and wealth and social and moral destruction.

The author uses the Valley of Ashes, a small town between the West Egg and New York City, to symbolize the moral and social decay that stems from the desire to become wealthy. The Valley of Ashes, “a fantastic farm where ashes grow like wheat into ridges and hills and grotesque gardens, where ashes take the forms of houses and chimneys and rising smoke and finally, with a transcendent effort, of men who move dimly and already crumbling through the powdery air” (Fitzgerald 23), symbolizes a morally stripped place where materialistic and false people can live in harmony. The unfortunate events that occur in the Valley of Ashes, including Gatsby’s death, the affair between Tom and Myrtle and Myrtle’s accidental death, represent the severe consequences stemming from the failed attempts at achieving the American Dream. As the characters travel through the Valley of Ashes to reach elsewhere, they are forced to belittle themselves to a lower social status, as seen when Tom engages in an affair with Myrtle, a poor-stricken woman, who solely provides another form of comfort. Serving as a symbol of social and moral destruction, the Valley of Ashes also symbolizes the condition in which the poorer American society lived during the 1920s. The description of the Valley of Ashes used through color symbolism, creates a melancholy atmosphere which allows the reader to connect the importance of the “desolate strip of land” (Fitzgerald 22) to the negative personality changes, reflective of the 1920s, within the characters.

The tragic and coincidental events that occur in the Valley of Ashes are viewed through the eyes of Dr. T. J. Eckleburg, a billboard with fading eyes that symbolizes God judging American society as a moral and social wasteland. Fitzgerald includes the Valley of Ashes to represent the morally diminishing, materialistic society in which the characters live in, watched over by the pietistic eyes of T. J. Eckleburg, contributing in the destruction of the American Dream. Letha Audhuy describes the billboard of Dr. T. J. Eckleburg as “a new, but false god, who, the people (in the person of Wilson) believe, “sees everything”. In America in the 1920s the new god was commercialism or materialism” (Audhuy 111). The billboard symbolizes an outside viewpoint of the material-driven attitude of the 1920s, a main theme in The Great Gatsby. The symbolic meaning of T.J. Eckleburg and the connection between the main theme is viewed later in the novel when Daisy finds Gatsby similar to an advertisement, revealing that Daisy finds Gatsby attractive for the materialistic disguise he portrays. The author continues to reference the use of advertisement throughout the novel to emphasize how the materialistic attitudes of the American Dream are revealed. In relation to the characters, Gatsby’s youthful imaginative “belief in her [Daisy] perfection is based more on the projection of his fantasies of her than on her actual character” (Burnam 46) connects to the immortal youth and wealth that advertisements portray, giving a clear explanation as to why Fitzgerald chose to stop the development of the characters and expand on their moral and social destruction. In addition to the symbolic objects in The Great Gatsby, the setting within the novel, the Valley of Ashes, West and East Egg, plays a vital role in portraying the demolition of the American Dream. Read about Marriage in Great Gatsby. 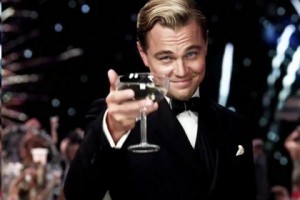 The colors in The Great Gatsby reveal the worshipped idea of the American Dream and present thematic elements within the characters and the destructive lives they lead. Within the novel, the color symbolism reveals more details about the personality of the characters and the importance themes of the American Dream. The color white and brightly colored shades are connected to purity and innocence which is proven when Nick describes the inside of Tom’s house as “bright” (Fitzgerald 12) and the windows are “gleaming white against the grass” (Fitzgerald 12). This particular color becomes connected with childhood, in relation to pureness, as Fitzgerald describes Jordan’s “girlhood” (Fitzgerald 31) as “beautiful [and] white” (Fitzgerald 32). The color yellow, representing deceitfulness, is displayed through the author’s use of imagery in The Great Gatsby. As the novel begins, Daisy and Jordan are wearing white dresses, giving the distinct impression of purity, but as the novel progresses, the color of their clothes changes to yellow while their impurities and moral imperfections are revealed. Green, as recognized with the symbol of the green light, symbolizes desperations of the future, a widespread attitude of the American Dream. Within the first chapter, Gatsby is seen staring hopefully at the end of Daisy Buchanan’s dock with “a single green light” (Fitzgerald 26), connecting his unreachable desires with Daisy to the symbolic object.

“His heart beat faster and faster as Daisy’s white face came up to his own. He knew that when he kissed this girl, and forever wed his unutterable visions to her perishable breath, his mind would never romp again like the mind of God. So he waited, listening for a moment longer to the tuning fork that had been struck upon a star. Then he kissed her. At his lips’ touch she blossomed for him like a flower and the incarnation was complete” (Fitzgerald 117)

The distinctive symbols used in The Great Gatsby connect the ongoing themes of the 10920s throughout the novel with the social and morally destructive characters trying to achieve the American Dream, creating more internal and external damage along the way. Fitzgerald’s use of symbolism allows for the novel to “resolve to divergent attitudes about money and about the possibility of realizing love in the meretricious, dream-factory culture of America, the idealism of Gatsby at the core of the story” (Lathbury 65). The hidden significance of the many symbolic elements in The Great Gatsby plays a role in revealing the themes of the American Dream, the ongoing clash between love and wealth and social and moral destruction. More about Symbolism In The Great Gatsby.

Cultural Difference Between the US And China