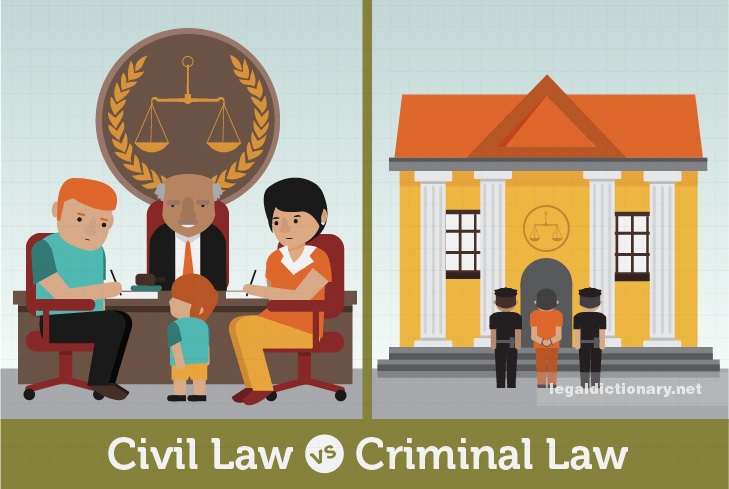 Law is a set of general rules which are created by a superior entity in order to regulate human behaviour and maintain justice and peace in the society. Law applies to everyone living in a particular territory [1] . There are as many legal systems in the world as countries, but for academic reasons we classify them into three main categories: Continental (Civil, Romano-Germanic) legal system, Common (Anglo-American) legal system and Religious legal system. Law can be split up in different branches such as, Criminal law, Civil law, Commercial law, etc. In this essay I will discuss the differences between Criminal and Civil procedure in Continental and Common legal system.

Continental legal system is the oldest and most widely implemented legal system in the world. It derives from Roman law, Canon law and Commercial law. The Roman law started its contribution by the XII Tables which were published in 450 B.C. Later in the year 530 Justinian codified Roman law by publishing “Corpus Juris Civilis”. According to Justinian Roman law consisted of Ius Civile the body of laws which applied to local citizens, Ius Gentium the laws which applied to foreigners and Ius Naturale the body of laws that were considered common to all human beings [2] . The Canon law was developed by the Church in order to administrate and monitor the rights and obligations of the people. The needs and interests of merchants lead to the development of Commercial law. The historical sources of concepts, institutions, and procedures come from these three sub traditions. Today it is dominant in most parts of Western Europe, all of central and South America, many parts of Asia and Africa. Continental legal system has influenced the laws of specific nations, the law of international organizations and international law. The main feature of this legal system is that all the laws are codified (i.e. written down).

The Common law system is one of the most influential legal systems of the world.

Before 1066 in England there was no legal system, instead it was based upon oral customary rules, which varied from region to region. In 1154, Henry II institutionalised common law by establishing a unified court system which was ‘common’ to the whole country. The common-law system exists in England, the United States, and other countries which were colonized by England. This makes it one of the most widespread legal systems in the world. Common Law system is mainly based on the case law or judicial precedent, this system doesn’t use legislation as a primary source of law instead legislation for them is a clarification of legal rules and principles which are essentially derived from case law/judicial precedents. In this type of legal system law is developed on a “case-by-case” basis. In the common law system the solution to a case becomes a part of the law. This concept is known as “Stare Decisis”.

Criminal law is the body of rules and statues which define the conduct which is prohibited by the state/government because it may harm the society/public. It is a welfare that establishes punishment which will be imposed if this law is broken. Criminal procedure states the rule under which criminal cases are conducted. It involves investigation, prosecution, adjudication and the punishment of the crimes. A regular criminal proceeding, in the Continental legal system, is divided into three main parts: the investigating phase, the examining phase and the trial. The public prosecutor conducts the investigative phase and also takes an active part in the examining phase, which is supervised by the examining judge. This phase is mainly written and it determines whether there is a need for a trial or not [6] . The trial is a relatively brief and informal affair conducted by a judge without a jury. The defendant does not necessarily have the right to keep silent. Sometimes the trial does not require all the witnesses to be present and may last in excess of a year. On the other hand, in the Common legal system a criminal proceeding starts with a police investigation which is aimed at collecting evidence that will prove the defendant guilty. Then an adversarial trial is conducted before either a judge or a jury. The attorneys conduct the trial and try to convince the judge in their favour. The trial is continuous and the evidence against the defendant must be presented by live witnesses in court.

Civil law is the body of rules that delineates the private law (e.g. contract law, property law, family law, etc.). It is opposed to criminal or public law. Civil procedure is the body of law that sets out the rules and standards that courts follow while judging civil lawsuits (i.e. non-criminal matters). It administers how a lawsuit/case will be carried out (i.e. the whole process). It is a general part of the private law and can be exercised by anyone to impose, redress or protect their legal rights. In the Continental law civil procedure is found in codes, whereas in the Common legal system it is found in rules of court made under statutory powers. Historically, in the Common legal system civil procedure lawsuits included a jury and a judge. The matter of law was reserved for the decision of the judge and the matters of fact for the jury. Even though, this practice is greatly discontinued in most of the modern Common legal countries the United States still employ it. The litigation is commenced by means of a document drawn up by the claimant which is then validated by the court. Hereafter, pleadings are followed by disclosure (i.e. disclosing evidence to the other party). Trial is usually lead by a hearing in which problems arising in pretrial procedure might be determined and attempts to compromise are made. In Continental legal system trial by jury is unknown and the litigation is usually conducted by a multijudge court. The issues of law are often determined by a series of hearings. The prominence is more on written evidence than on oral presentation [7] .

Difference between Criminal and Civil Procedure:

It can be seen that there are many differences in the Common legal system and the Continental legal system. These differences exist not only in their historical background but also in their approach to legal matters. I personally believe the procedures are flexible and the parties to the case enjoy more rights and obligations in Common Law system, since the Judge refers to a previously held similar cases and the legislation is not codified. As we know, there are clearly many differences between Common and Continental legal systems, however it should be noted that in the recent times both systems have started to ‘converge’ in their use of the sources of law. As De Cruz (1999) mentions, in the recent times the English legal system has started to give more significance to legislation. On the other hand the Continental legal system has also started to rely on precedents, especially in German constitutional and French administrative courts. Thus, this leads us to think that there is a possibility of the legal systems ‘converging’ together. This concept is known as the “Convergence theory”. This might be possible in some aspects, however not completely because of the enormous difference in ideology, social and economic policies, morality and many other things.